Writings about my life as a wife, a submissive, a Pagan, a mother, a daughter, a lover, a student, an educator, a fighter and a peacemaker. Blessed be ⭐❤⭐ 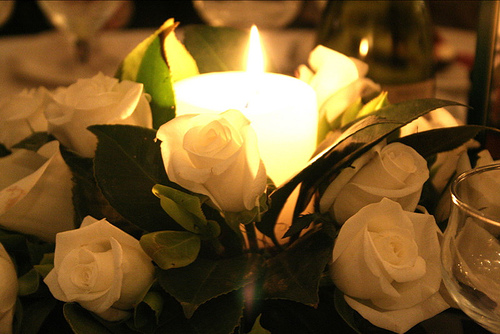 I lost a long time friend on Thursday night.  I met Dave when I was 15 and he was 17.  His wake is Tuesday and the funeral services are being held on Wednesday.  Wednesday would have been his 42nd birthday.

Dave was an addict and alcoholic from the moment I met him, almost 25 years ago.  I met him at my then-boyfriend’s house…Dave was selling him some acid.  That’s what he did.  He sold the good drugs.  The rare drugs that came in from Florida, not just NYC.  EVERYONE knew Dave.  He was well liked and popular in every circle of friends I had back then.

Dave dated friends of mine, he shared houses with other people I knew, he knew every single one of my boyfriends, including my ex-husband and even lived with us for a short time.  Daddy is actually the first man I’ve ever dated that Dave didn’t know well…and now they will never meet.

Dave was just always around.  And now he’s not.  And I don’t know how to process that.  I have so many memories of this man that no one will ever understand the significance of but me.  And that hurts.  A fucking lot.

Dave never took advantage of me, as a woman or as a friend.  He never tried anything on me like all the other guys did.  I never even kissed him.  He wrote me a message on Facebook once that read I was everything he ever wanted in a woman but he knew he would have fucked it all up between us and he valued our friendship more than he would risk trying for anything else.

I know that Dave was a tortured soul who is no longer in pain and I’m happy for that.  I’m also happy that he went peacefully, in his sleep, and just never woke up again.  I am grateful for that.  He was always teaching me lessons and his last lesson is still seared into my mind…I truly am one of the lucky ones.

I know Dave knew I was one of the lucky ones too.  He watched me devolve from a weekend bump of coke to an 8 ball to snorting heroine to finally banging it into my veins.  He even asked me what the fuck was wrong with me as he saw my promising life crumbling.  He didn’t care about his own life, even 10 years ago, but he cared about mine.  He sat with me in the NICU when my second son was born and told me I was a wonderful mother and he was proud of me for getting and staying sober.  But he could never do it.  And it finally caught up with him.

Fuck, Dave.  What the fuckin’ fuck, dude???
You were the big Brother I never had.  And I will miss you until I see you again.  Rest well, my wonderful friend ♡

7 thoughts on “Addiction and Loss: My Friend Died Last Week”